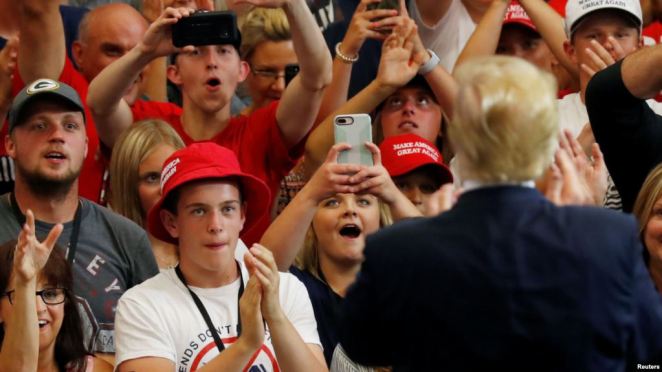 Ahead of the POTUS’ UK visit next week, a limey snowflake writes…

The massed white faces in the blood-red caps

are what the monster sees and what he needs to feed,

but still I ask myself if they believe or merely

blind themselves to creeping evil and to cruelty

they never would have countenanced before.

Are these God-fearin’ folks the enemy

and must I hate them as they hate the likes of me?

For in the end I’m unconvinced they want

the opposite of what I want.

Without the monster stoking fear

they would not sneer

at children torn from Mama’s arms

If we could talk, not be transfixed

by terror of the Other,

a single species in the stars.

I fear it is too late, for they are drunk on hate,

with little left to lose and limitless supplies