Laura Barton on the RBP podcast 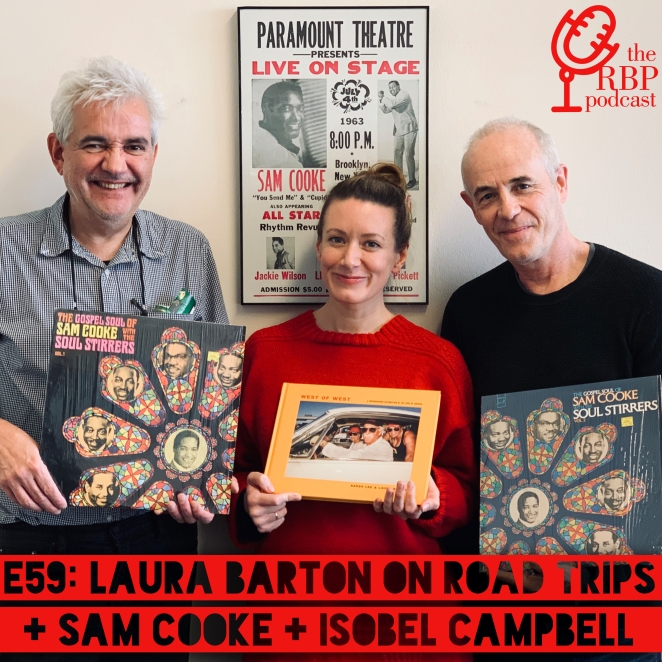 In this week’s episode of the Rock’s Backpages podcast, Mark & Barney welcome the wonderful Laura Barton and learn all about her career as a star Guardian writer – and as an author and broadcaster.

Laura talks about her travels in America, and about working with photographer Sarah Lee on the newly-published collection West Of West. The hosts ask her about her pieces on Bon Iver, Daniel Johnston and Riot Grrrl power – and more generally about her deeply personal approach to music writing.

A new Sam Cooke box set prompts a conversation about the pin-up gospel star who crossed over to become an icon of “proto-soul” before his shocking and tragic death in 1964. A 2010 hymn to Sam by the legendary Lenny Kaye provides the platform for ruminations on the man’s sublime voice and his immeasurable influence on everyone from Otis Redding to Rod Stewart.

A clip from the late Andy Gill’s 2005 audio interview with ex-Belle & Sebastian member Isobel Campbell is the catalyst for a discussion of the latter’s collaborations with brooding grunge survivor Mark Lanegan. Having interviewed the Scots singer-songwriter when the duo’s Ballad of the Broken Seas came out in 2006, Laura helps to place the pair in the tradition of such “beauty-and-the-beast” hook-ups as Lee Hazlewood & Nancy Sinatra.

Mark talks us through highlights of the week’s additions to the RBP Library, including pieces on the unsavoury Jonathan King, the fabulous Freddie Mercury and David Bowie’s personal tour of his London landmarks. The episode concludes with discussion of the Rock & Roll Hall of Fame‘s just-announced Class of 2020 – with specific reference to the covert racism (not to mention misogyny) underpinning reaction to the inclusion of Whitney Houston…